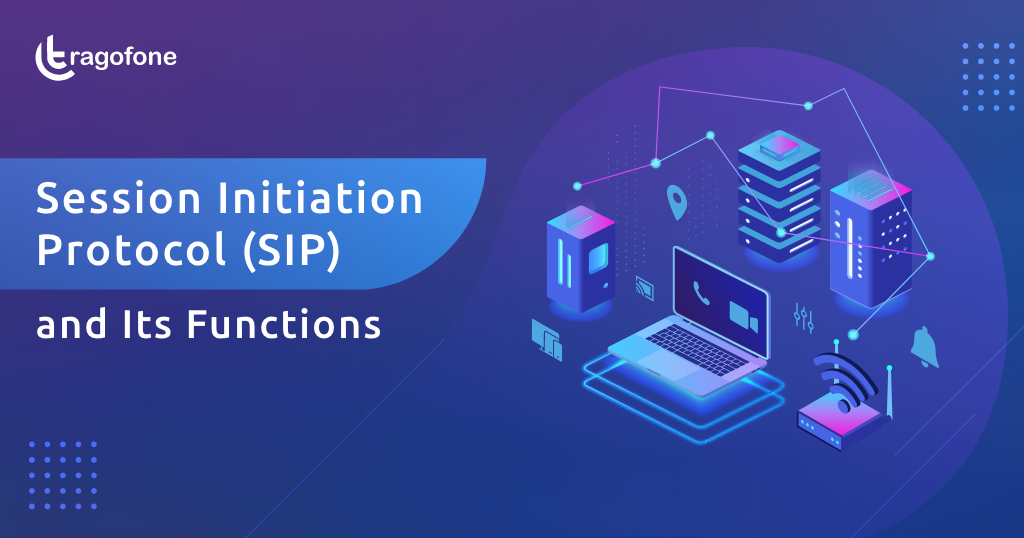 VoIP, WebRTC, and many such names have been making a lot of buzz in the digital communication world in the last few years. On the face of it, these appear to be more complicated than they are and SIP is no exception. However, all the buzz around SIP is because of the fact that it is a widely adopted standard. It enables service providers and enterprises to eliminate cost and complexity, accelerate the pace of innovation and avoid vendor lock-in.

SIP is not a complicated technology as most people perceive – instead, it’s a lightweight set of protocols that are delivered via a SIP provider that empowers enterprises to unlock the vast benefits of internet-based phones.

A Breakdown of The Term SIP

Session Initiation Protocol – ‘Initiation translates to or means beginning. SIP means initiating a live communication session such as phone calls, conferencing, and videos. SIP technology is widely used for VoIP calls, but it has many other uses as well such as video conferencing, instant messaging, and even computer games. Basically, SIP is used to set up and terminate sessions, or conversations, in a UC (Unified Communications) environment.

SIP trunking uses IP to enable organizations to make calls through PSTN (Public Switched Telephone Network). For this, SIP requires an internet connection, a VoIP vendor, or an IP-enabled PBX.

Over the years, SIP has become the backbone of the VoIP, voice, and video world. It is the matriarchal figure who holds the infrastructure together, enabling these applications from different vendors to communicate and integrate with one another. These applications range from presence, instant messaging, voice, or video. SIP boosts productivity for businesses by helping them take advantage of these UC applications.

A Brief History About SIP

SIP was developed in 1996, by the “Internet Engineering Task Force” and standardized in 1999. It was originally designed by Mark Handley, Henning Schulzrinne, Eve Schooler, and Jonathan Rosenberg in 1996 to facilitate establishing multicast multimedia sessions.

SIP was accepted as a 3GPP signaling protocol and permanent element of the IP Multimedia Subsystem (IMS) architecture for IP-based streaming multimedia services in cellular networks in November 2000. In June 2002 the specification was revised and various extensions and clarifications have been published since.

SIP addressed the evolving needs of IP communications, such as in-house support for mobility, interoperability, and multimedia support. SIP was originally designed to provide a signaling and call setup protocol for IP-based communications supporting the call processing functions and features present in the public switched telephone network (PSTN) with a vision of supporting new multimedia applications. With the evolving needs, it has now been extended for video conferencing, streaming media distribution, instant messaging, presence information, file transfer, Internet fax , and online games too.

What makes SIP stand apart from its contemporaries is that SIP has roots in the Internet community rather than in the telecommunications industry.

What problem does SIP solve?

SIP is not restricted to any one media. Though extensively applied to VoIP, it’s not exclusively a VoIP protocol as well. SIP launches and ends IP communication sessions that could either be voice calls between two users or a team video conference.

SIP initiates a session by sending data packets – between two or more identified IP endpoints, also known as SIP addresses. Every SIP address is linked to a physical SIP client – like an IP desk phone – or a software client – a softphone, for instance.

During these sessions, SIP does not decode or transfer any information. Therefore, the protocol can be used for video conferencing and instant messaging besides making internet voice calls.

Primarily, SIP sets up and initiates a call and then ends them. In doing so, it performs the following steps:

This pretty much sums up the core capabilities of SIP. However, over the years SIP has been termed as “the lingua franca – or bridge language – of the VoIP, audio and, increasingly, the video world.”

This means that SIP enables UC applications from different vendors to communicate and integrate with one another, whether it’s presence, instant messaging, voice or video. To summarize SIP enables productivity enhancements for the enterprise by enabling them to leverage all its UC applications.

How does SIP work for VoIP?

A voice call is made up of two components: call setup and data transfer. Voice over IP (VoIP) transmits the voice and multimedia content over the internet and SIP performs the function of a telephone switchboard operator. SIP handles the call setup phase of VoIP calls which involves organizing the details that enable two phones or devices to connect. The data transfer happens after the call setup.

A SIP network is made up of multiple elements that manage SIP requests between two endpoints. These are the elements required to set up a VoIP call, which means to make each endpoint aware of the other’s IP address and to begin exchanging data.

So, what are these SIP network elements? Let’s find out:

The location service and registrar service are hosted together on one single server, the proxy server. The proxy server enables the registrar and location servers to perform the task of user authentication and provides the necessary details to communicate. They can also be hosted on their own independent servers.

More and more organizations these days use SIP trunking to improve VoIP efficiency in the enterprise. SIP is largely preferred for initiating IP network communication.

SIP is versatile in the sense it can handle a diverse range of media technologies. Let’s look at some of its interesting features:

SIP – the future of telecommunication

The last decade has witnessed an unimaginable evolution of both technologies and work culture. Pandemic expedited the changes faster than anticipated and remote working became the new normal of doing business. This generated an urgency to update our communication infrastructure needs. Countries like the US, Australia, Belgium, France, Germany, Switzerland, Sweden – and the UK have already made the switch to SIP. Businesses that are still using legacy telephony will eventually need to migrate to SIP. It is the future of telecommunications.